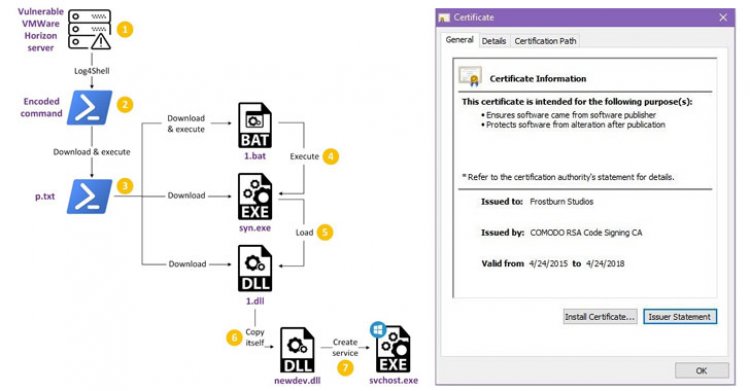 A Chinese advanced persistent threat tracked as Deep Panda has been observed exploiting the Log4Shell vulnerability in VMware Horizon servers to deploy a backdoor and a novel rootkit on infected machines with the goal of stealing sensitive data.

"The nature of targeting was opportunistic insofar that multiple infections in several countries and various sectors occurred on the same dates," said Rotem Sde-Or and Eliran Voronovitch, researchers with Fortinet's FortiGuard Labs, in a report released this week. "The victims belong to the financial, academic, cosmetics, and travel industries."