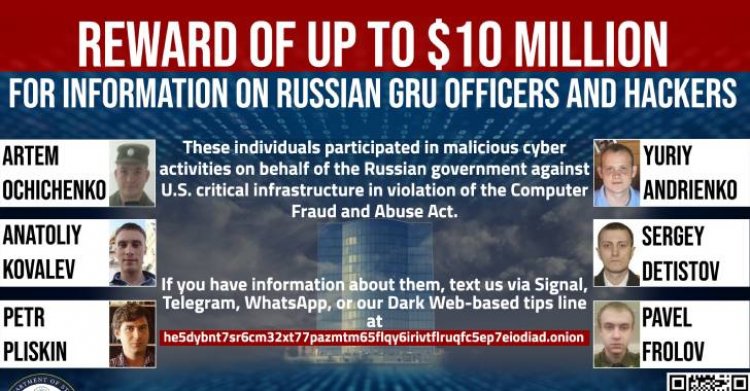 The U.S. government on Tuesday announced up to $10 million in rewards for information on six hackers associated with the Russian military intelligence service.

"These individuals participated in malicious cyber activities on behalf of the Russian government against U.S. critical infrastructure in violation of the Computer Fraud and Abuse Act," the State Department's Rewards for Justice Program said.

REWARD! Up to $10M for information on 6 Russian GRU hackers. They targeted U.S. critical infrastructure with malicious cyber ops. Send us info on their activities via our Dark Web-based tips line at: https://t.co/WvkI416g4Whttps://t.co/oZCKNHU3fY pic.twitter.com/u1NMAZ9HQl