Increasing qubit counts and improving error correction is hard enough. But quantum computing companies are finding one of the biggest challenges might be to find the right people to do that. 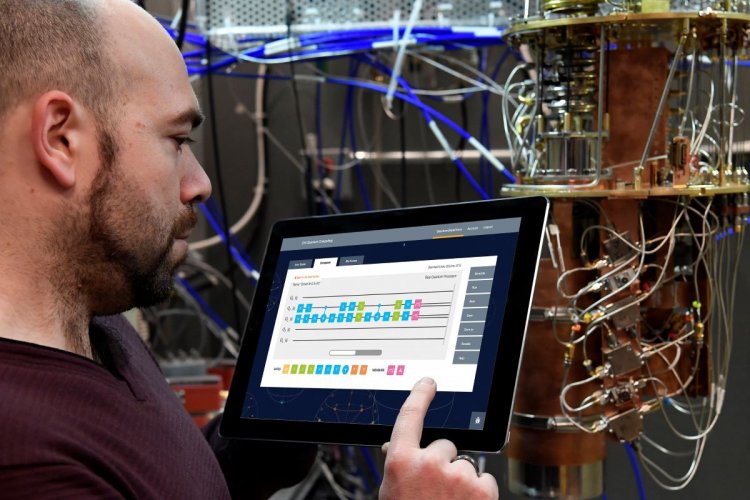 System architects, software engineers, data analysts -- at first glance, the jobs that are hot in the quantum computing sector don't sound all that different from the tech roles we're already familiar with, and which deal with the classical computers we know well, from smartphones to supercomputers.

But to fill the burgeoning opportunities in quantum, transferring even the most expert knowledge of classical computers into the quantum world just won't cut it.

Quantum computers are fundamentally different from the classical devices we know and use every day. Instead of relying on bits, quantum systems leverage the complex laws of quantum physics to create quantum bits, or 'qubits', that are capable of carrying out calculations exponentially faster.

Building, programming and maintaining a quantum computer, therefore, is a radically different paradigm. It requires not only an understanding of quantum physics, but also of how to map problems to the quantum space -- think programming languages, architectures, workflows and software, all of which are specific to quantum computing.

And it turns out that finding workers who have that breadth of knowledge is becoming more and more difficult.

"Finding someone with the right skill mix is the biggest challenge," Ross Duncan, the head of quantum software at Cambridge Quantum, tells ZDNet. "It's happened only a handful of times among the people that we hired, to get someone who was ready to start when they walked in the door."

As a company focusing on creating quantum software, Cambridge Quantum usually looks for candidates that both have a grasp of theoretical quantum computing, while also being competent software developers.

"It's putting together a physics background with a computing background and trying to find candidates who have both," says Duncan. And that's not the most typical combination on a CV.

The issue isn't restricted to quantum software businesses. A company working on quantum superconducting hardware, for example, is likely to need someone that can build the infrastructure that cools down the system's processor -- which requires knowledge and expertise not only in quantum physics and cryogenics, but also computer science skills to carry out testing and trialling.

In other words, employers need quantum employees with interdisciplinary skills: on top of a background in quantum physics, some sort of experience with data analysis, engineering, modelling or programming, among other things, will also be a must-have.

That level of specialisation isn't common; in fact, it mostly exists at the PhD level. And the problem is, there aren't enough PhD graduates.

"If you're trying to hire for quantum skills, you end up having to look for very interdisciplinary training, and what you end up needing is usually PhDs," Abe Asfaw, quantum education lead at IBM, tells ZDNet. "The rate at which PhDs is being generated is far slower than industry needs today, so we're seeing very intense competition to hire new PhDs in the field."

Of course, for now the quantum computing industry is still something of a niche. This is largely because the technology is nascent: with most quantum computers currently supporting about 100 qubits or less, there's very little that can actually be done with the existing systems.

As a result, only a few companies are investing in the space, and the number of quantum roles, while growing, remains relatively low.

"As a guess, I'd say there are probably a couple of dozen of PhD students produced in the UK each year that specialise in topics that are relevant to what we are doing, and I could hire them all myself," says Duncan. "In the short term, the constraints are going to become worse because we don't have the capacity to spin up a whole new lot of PhD programs."

The long-term solution is pretty obvious: education programs need to be reformed to bring the level of interdisciplinarity required by businesses down to the undergraduate level.

This is something that experts from both industry and academia have been considering for a number of years. In 2019, a symposium of 50 quantum experts from the US and Europe gathered at the University of California to discuss the issue, and drafted a report looking at the current state of Quantum Information Science and Engineering (QISE) education programs. One of the main shortcomings that was highlighted in the report was the lack of alignment between higher education degrees and industry requirements.

For a company like Cambridge Quantum, those requirements are mostly technical. Duncan also mentions the possibility of online learning and professional training, while new tools are emerging, such as IBM's first quantum developer certification, to help learners get up to scratch.

But beyond the need for employees who know how to build and manipulate a quantum computer, the industry is now also expanding to include organisations that are not quantum by nature, but nevertheless interested in finding out what the technology could do to improve their business model.

There too, explains Ivan Ostojic, partner at tech consultancy McKinsey, some talent gaps are lurking, and they will need to be filled.

"At the moment, a lot of businesses are experimenting with quantum computing to see how they can extract value or valuable learnings," Ostojic tells ZDNet. "They will need what we call business translators, who need to have a deep understanding of the business and of the type of problems they are trying to solve that can't be answered with classical computers."

"At the same time, they will need to be fluent in quantum technologies, know what quantum systems are in development and how mature they are. Companies will need people who know both sides of the equation, business and quantum."

To understand how quantum could boost efficiencies for banks is likely to require a candidate with some knowledge of finance. A materials design company looking at quantum computers might need a chemist. A basic knowledge of particle physics is useful to know whether quantum technologies could help discover the fundamental laws of nature.

This gap could also be solved at the university level, in the form of double majors combining quantum with a specialism -- but it's likely that companies will have to take it upon themselves to develop talent early to make sure that employees understand their specific business problems, and how they can be answered with quantum computing.

Some of the more forward-thinking companies seem to have understood what is at stake. For example, banking giant JP Morgan, which has long been researching the potential of quantum computers for finance applications, created a summer associate program designed as an internship for students enrolled in a master's or PhD degree.

The requirements for the job include a degree in computer science, maths, engineering or sciences, as well as experience with quantum computing algorithm and applications; and successful candidates are promised the opportunity to collaborate on research to develop quantum solutions to problems faced by internal teams.

One of the most alluring benefits featuring on the job ad? Top performing candidates can expect a full-time offer at the firm.

For giants like JP Morgan, the strategy is likely to pay off. With experts trained from an early stage to know how quantum computing can be tailored to the company's needs, the firm is setting itself for future success.

For smaller companies, however, competing for quantum talent could become an existential issue. Itamar Sivan, the CEO of Quantum Machines, explains that the challenge is already more tangible. "A few years back, it was easy to hire everywhere," Sivan tells ZDNet. "But the field is now transitioning from academia to industry, and as industry grows, academia can't keep up.

"In countries like the US, where there are all the multinationals and a ton of start-ups, everyone is shoving their heads into the same pool of talents," he continues.

Looking for quantum candidates in the US is now difficult, continues Sivan, who doesn't expect the situation to ease over the next few years.

And with businesses set to be fighting over quantum-qualified job seekers in the near future, now might be the right time to start studying.