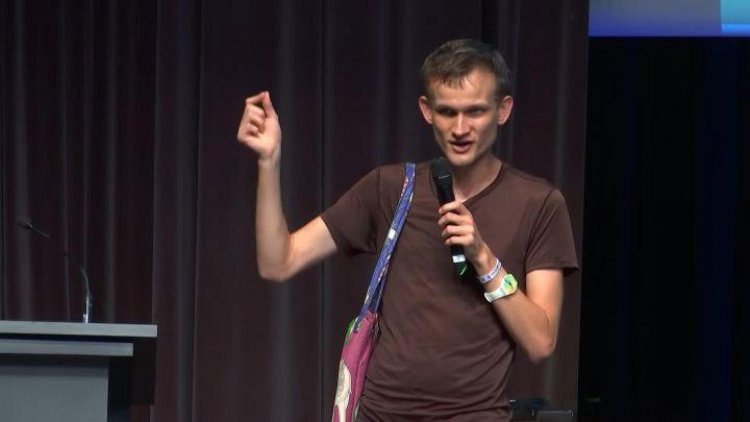 Ethereum (ETH) is more than decentralized finance (DeFi) and the focus on price, argued its co-founder Vitalik Buterin. According to him, it's primarily about utility and building out decentralized services that, ideally, combine both finance and non-finance.

Ethereum and projects built of different blockchains are not only about price, as it may be inferred from the current happenings surrounding DeFi. Rather, the goal is to have a crypto space with more utility, more projects, and ecosystems that continue building different kinds of utility, said Buterin in his presentation at the EthCC conference in Paris, held July 20-22.

Today, Ethereum mostly has finance - the general perception currently is that it is defined and dominated by DeFi. And this is not "bad," emphasized Buterin, adding that this is not all Ethereum is trying to do.

He stated that the vision for Ethereum, and much of crypto beyond it, "has always been to take decentralization, trust minimization and mechanism design experimentation far beyond finance."

This he described is probably the most interesting part of the vision of general purpose blochchains.

At this point, there are two primary reasons DeFi is so dominant, per Buterin:

The fee problem is currently being solved, argued Buterin, mentioning rollups as one of the solutions again, in combination with sharding to increase the scalability further.

Therefore, he said, now is the good time to think about other things to build on Ethereum, and go further than DeFi. Among the interesting non-financial creations that can already be seen are non-fungible tokens (NFTs), as well as ENS names, which are technically also NFTs.

Looking at what can be focused on in the near term, there are two goals that have to be met for new projects, per Buterin:

Building out the Ethereum social media ecosystem is one of the important things to focus on, says Buterin, as crypto technology can solve a number of major issues plaguing centralized social media: it brings to the table credible neutrality and censorship resistance, among other features.

Another thing is using Etherum login to sign into other services, like Google or Twitter allows it. However, these centralized login providers are "worst of both worlds in terms of centralization and decentralization," Buterin said. On the other hand, Ethereum logins that are social recovery wallets can potentially outcompete both centralized and decentralized providers in both self-sovereignty and better account recovery.

Another set of ideas Buterin said he's excited about is retroactive public goods funding, where the idea is to set up a decentralized autonomous organization (DAO) that judges what projects were valuable to a community's goals after the fact.

"Ethereum ecosystem needs to expand beyond just making tokens that help with trading other tokens," said Buterin. "These things are valuable up to layer-one and layer-two, [...] but once you get to layer-six, you’re actually increasing the financial instability and the risk this whole thing is going to collapse and potentially get a couple of regulators angry."

He urged the community to "let's not just do DeFi." Moving beyond it doesn't mean being against it. Rather, in Buterin's opinion, "the best applications will combine elements of finance and non-finance."

Revealed: Charles Michel as PM was targetted by Pegasus spyware