How Estonia is using military service to bolster cybersecurity skills 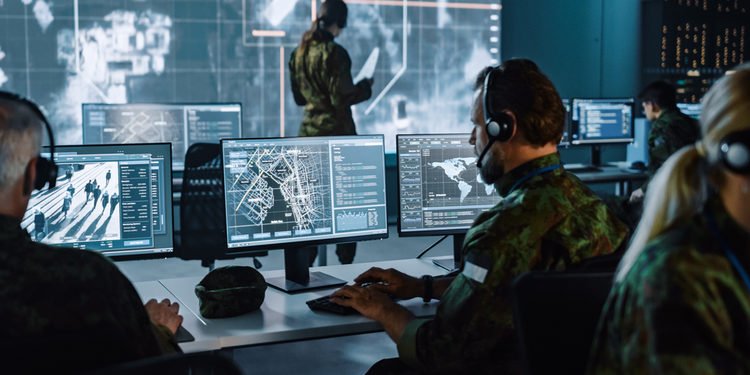 During French President Emmanuel Macron’s election campaign he argued that France should reintroduce military service. The plan was for 16-year-olds to spend several months performing various civic duties, with a voluntary three-month placement in some area linked to defense and security.

Of course, France isn’t the only country to dabble in such an idea. For instance, all able-bodied males in South Korea are required to undertake a 21-month tour of service in the army, 23 months in the navy, or 24 months in the air force. Military service is compulsory for Swiss men between 18 and 34 years of age. Israel goes further still and has compulsory military service for both men and women, with men serving three years in the Israeli Defense Force and women two years.

Of course, cybersecurity is increasingly important in any national defense, and cyberspace is a key battleground being fought over in recent years.

Indeed, when outlining the UK’s defensive strategy for the years ahead, particular mention was given to the important role cybersecurity will play.

“Cyber power is revolutionizing the way we live our lives and fight our wars, just as airpower did 100 years ago. We need to build up our cyber capability so we can grasp the opportunities it presents while ensuring those who seek to use its powers to attack us and our way of life are thwarted at every turn,”

“Our new, full-spectrum approach to cyber will transform our ability to protect our people, promote our interests around the world and make the lives of British people better every day.”

It should perhaps come as little surprise, therefore, that nations are increasingly encouraging young people to spend their national service in cyber-related roles. It should equally come as little surprise that the Baltic nation of Estonia is leading the way. The country, which is widely regarded as one of the most digitally advanced societies on earth, is one of 7 European countries where military service is compulsory, with both around 3,200 men and women expected to support the Estonian Defense Forces over an 11 month period each year.

The country is offering conscripts the opportunity to pass military service in the Cyber Command of Estonian Defence Forces as part of their vocational studies in IT.

Estonian Defence Forces have undertaken an agreement with the Kehtna Vocational Education Centre to allow students to complete their vocational internship via their compulsory military service in the Cyber Command.

Estonian Cyber Command carries out a number of military operations in cyberspace. The conscription of youngsters into Cyber Command represents a deviation from the traditional role of military service, which is to train an army of reservists, and instead to provide invaluable skills for either a military or civilian life.

From the perspective of Cyber Command themselves, the project would bolster their reserves of IT expertise, with this playing an increasingly important role in the country’s defensive capabilities.

“From the viewpoint of the Defence Forces, the basis of a combat-capable unit is a motivated soldier. If a young person comes to the military service voluntarily, they can improve in the chosen field, they are more motivated and make a maximum contribution to national defense,“

The reservists would be trained on the IT systems and processes used across the Estonian military and perform a range of roles, ranging from standard IT support to network maintenance. As well as working on a range of cyber-related issues, each conscript is also given two months of military training as part of the soldier’s basic course (SBC). The hope is that the project will help to address the skills shortage that is affecting Estonia as much as every country around the world.

The project is an example of how the military and civilian fields are not viewed as distinct entities so much as an integrated and united Estonia that allows various institutions to work effectively together to make a better and more secure future for the nation.

By combining education with practical work experience, the hope is that the next generation will be better equipped for the modern world of work.

For instance, many of the recruits are chosen straight from university and placed in a platoon with their fellow classmates. The idea is that this fully-fledged team will be able to operate effectively together, with the military service acting as an effective 4th year of one’s education. The conscripts will learn how to put their skills into practice as well as understanding how IT works in large and complex organizations.

The scheme, which is the first of its type in the world, will undoubtedly be of interest to other nations, and especially those that operate a military service program already and are looking to bolster their cybersecurity resources.

A memorandum of cooperation has been signed between the European University and...

Biden: If U.S. has 'real shooting war' it could be result...