Web infrastructure and website security company Cloudflare on Thursday disclosed that it mitigated the largest ever volumetric distributed denial of service (DDoS) attack recorded to date. 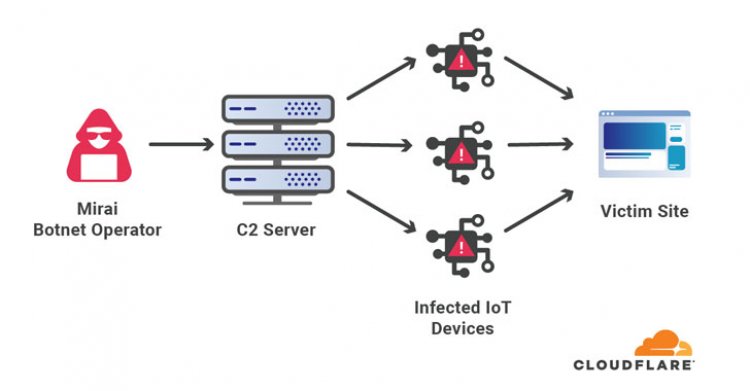 Web infrastructure and website security company Cloudflare on Thursday disclosed that it mitigated the largest ever volumetric distributed denial of service (DDoS) attack recorded to date.

The attack, launched via a Mirai botnet, is said to have targeted an unnamed customer in the financial industry last month. "Within seconds, the botnet bombarded the Cloudflare edge with over 330 million attack requests," the company noted, at one point reaching a record high of 17.2 million requests-per-second (rps), making it three times bigger than previously reported HTTP DDoS attacks.

Volumetric DDoS attacks are designed to target a specific network with an intention to overwhelm its bandwidth capacity and often utilize reflective amplification techniques to scale their attack and cause as much operational disruption as possible.

They also typically originate from a network of malware-infected systems — consisting of computers, servers, and IoT devices — enabling threat actors to seize control and co-opt the machines into a botnet capable of generating an influx of junk traffic directed against the victim. 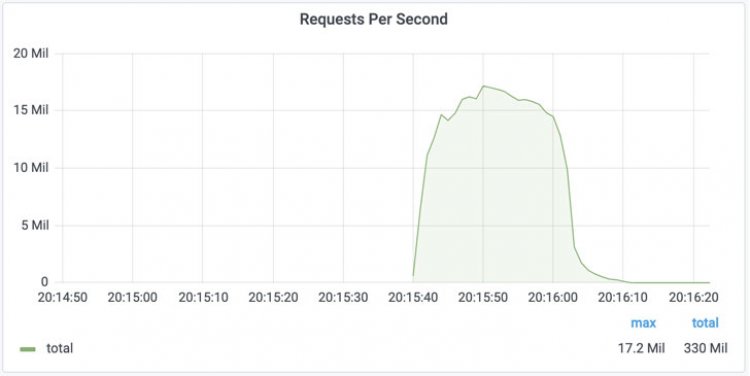 In this specific incident, the traffic originated from more than 20,000 bots in 125 countries worldwide, with almost 15% of the attack originating from Indonesia, followed by India, Brazil, Vietnam, and Ukraine. What's more, the 17.2 million rps alone accounted for 68% of the average rps rate of legitimate HTTP traffic processed by Cloudflare in Q2 2021, which is at 25 million HTTP rps.